Written by Max Bruckmann on 1 January 2021

Mel: Welcome to atomic radio, its Mel here and I’ve got Jasmine Scholz with me right now. How are you going Jasmine?

Jasmine: I’m good, how are you Mel?

Mel: I’m so good, you’ve upped the dress stakes on me considerably. You’re looking very fine my dear and I have got my token flanny and I feel like I’ve let us down. So I apologize about that.

Jasmine: You have nothing to apologize for. I thought because we’re taking photos today I may as well dress up, but I had to drag myself out of my own flannel to get here. So you’re fine.

Mel: Good you’re all about the flanny. Now let’s not worry about how we look, even though you look great! At the moment you’re here to promote your new album, Growing Up!

Jasmine: Yes I am.

Mel: And would you like to just tell me a little bit about say, this is the second full album, tell me a bit about the style of music that is involved with this album?

Jasmine: Well I take inspiration from like a lot of different musicians and areas of music generally, but most of the sort of stylistic choice on this particular album are like pop, rock and a little bit of like folk pop, sort of sounding all throughout it and some songs are like more rock-style and other songs are definitely more folk or more stripped back than others. So, it’s a bit of a mixture between those genres mainly, but I like to keep it mixed up instead of just focusing on one thing.

Mel: So just a very broad, broad sweep across everything. Has this always been a thing has it been an evolution to get to this point? Or you’ve just always had such an eclectic sort of view on music?

Jasmine: Well, I think for like my production it’s definitely been a while to get into something, like there’s some sounds that I wanted to achieve but haven’t been able to actually make them or figure out how to do it right. Until recently which is why what I’m creating is so eclectic, but I’ve always listened to like a really big range of music and a lot of different varying artists so I have a lot of inspiration from different parts of the music world which can be really contrasting with each other.

Mel: So who’s your biggest inspiration in music?

Jasmine: I don’t even have a biggest inspiration at this point, like, it’s just that there’s been so many people over the years. There’s one point where I’m 100 percent would have been like “it’s Taylor swift” and the point where I was like “it’s Ed Sheeran” and then now I’m listening to like Machine Gun Kelly and Young Blood but I still love Ed Sheeran, like that’s what I’m talking about with the eclectic tastes. There’s no, I don’t want to emulate any one artist. I just like, I’m inspired by a range of different artists and I want to maybe just sneakily take the best bit of each of them and put it into my own music sounds.

Mel: Sounds very, very smart. How did you go about creating this album? Tell me a little bit about the process, I know nothing about creating music. What’s your process to create an album?

Jasmine: Well this album was created entirely in my own home studios and I’ve even like moved house between then. So you know, keeping it all in one place was like difficult but we made it work. And so I usually start by writing stories when I come up with my songs so there’s some stories on that album which I had written and completed when I released my first album. So I’ve been sitting on them for 2 years and those stories have been long due ready to get out to the world. So after I have my story and I know the feeling that I want to capture with that story, that’s when I go there and create the sort of instrumental or music that I think suits what I’m trying to get through with that sort of story.

Mel: So it’s about the feeling of the story and how to try ad portray that through the music?

Mel: Sounds cool I’m a very, very keen. What’s your favourite story out of this whole album that you tell?

Jasmine: It depends what you mean by favourite story?

Jasmine: Yeah, but there’s definitely stories that are like interesting but they’re interesting because it wasn’t a fun time and then there’s stories that are just, they’re still interesting but they’re based on more of like a happy memory sort of thing and I think that one of my like, one of the ones I sort of have a weird nostalgia for and it is one of those old ones as well, is it’s one that I called ‘Night Walks’. I literally wrote that song about how like when I was younger and I’d stay out ‘til like past 10:00. Yeah.

Jasmine: Exactly, but like at 15 or whatever I’m like, “I’m so edgy, oh my god”, that’s scary like I thought I was so cool but like so it sort of catches that feeling of when I thought that was the coolest thing in the world and I used to just go out and do nothing.

Mel: So you thought you were cool then but now you are actually cool, by the look of you. I’m looking here at your album ‘Growing Up’, the cover and everything the photo on it. You’re sort of pulling a little bit of hair out to the side for anyone listening, you’ve got a very brooding pensive type look, which I could never pull off. Just tell me a little bit, did you do all the production in this because I know what I’ve heard, you’ve got your own production company. Do your own film clips and everything, so what made you go down that route of just going I’m just going to do it all?

Jasmine: Well I used to watch a lot of people online who create their own music and stuff like that and when I was talking about artists I look up to, one of them is a band from New York called AJR and they’re really big the moment and they’re three brothers and one of them is literally the band’s producer, like they produce albums from their living room just as a family and I thought that was so cool.

Jasmine: And then this is other, I watch online like this one guy who samples weird things like the sound of like he smashes glasses together and there was one where he took a sound from a piano like, falling.

Jasmine: and like the crashing sound, and he made a whole song out of like taking and warping different samples from it.

Mel: So weird, have you used any like non instrumental aspects in any of your songs?

Jasmine: Definitely there’s times when I was like “I need a kick drum but I want to sound like something I actually did instead of being just a kick drum sample”, so I’ve like hit books together and stuff like that some of my sounds I’ve just made weird mouth noises to add like a crunchy texture but you put the right reverb on it and it sounds cool and in one of my songs there’s a part in the chorus where it sounds like there’s a dog barking but that’s just me yelling into the microphone from 4 different angles and putting like the right effects on it but I think it sounds really cool for like that sound I just love messing around with it.

Jasmine: Not sure which one took the longest, I know I’ve had some of them where I like had them finished I thought, and then I had to just do it all again because I was like, “but I think you could make it better if I tried again” yeah then usually it’s just a process of getting all of the different sounds you want and then trying to edit it but then while you’re editing it you think you know, I think I could add something extra.

Jasmine: So there’s this song that ‘I’m Still a Kid’ I released it as a single in April I think it was and I was working on that since before last Christmas and I was working on it for a while and then I was like you know, I was like “it’s done”, but every time I opened it I was like but I can change it and add something else and then I changed again from the single version to the album version like I just continue to change and tweak the tiniest thing until I was completely happy with it.

Mel: Well I can’t wait to hear the full production, can you tell the guys at home and anyone that’s watching this how we can get onto your socials? Where we can stream this and just get around this? I’ve heard some of the songs and they’re pretty amazing that after listening to this right now I really want to be out to see if I can pick up on those different things that you’ve been talking about. So what’s your social’s Jasmine?

Jasmine: Well on Facebook I’m just Jasmine Scholz – Flower Box Entertainment which is just what it sounds like and that’s easier to spell than Jasmine Scholz

Mel: Yes, that’s a tricky one.

Jasmine: But if you just search that into like Google it also comes up with my website and from there you should get links to all of my other socials as well as where I can stream such as like a Atomic and Spotify which are probably the main ones and my Instagram which is just Jasmine.Scholz.

Mel: Awesome, Jasmine Scholz catch her on all our socials, get on to her socials Flower Box Entertainment. Such a little kitsch little like picture that she’s created there. The ultimate flashy girl, she does it all. Jasmine thank you so much for joining me!

Jasmine: Thank you so much for having me. 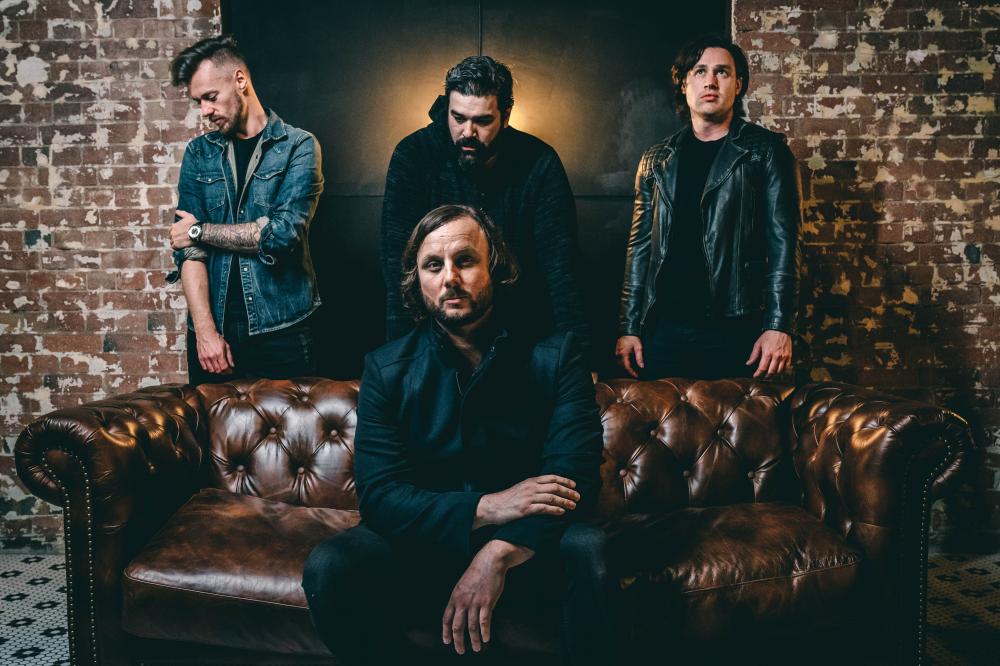 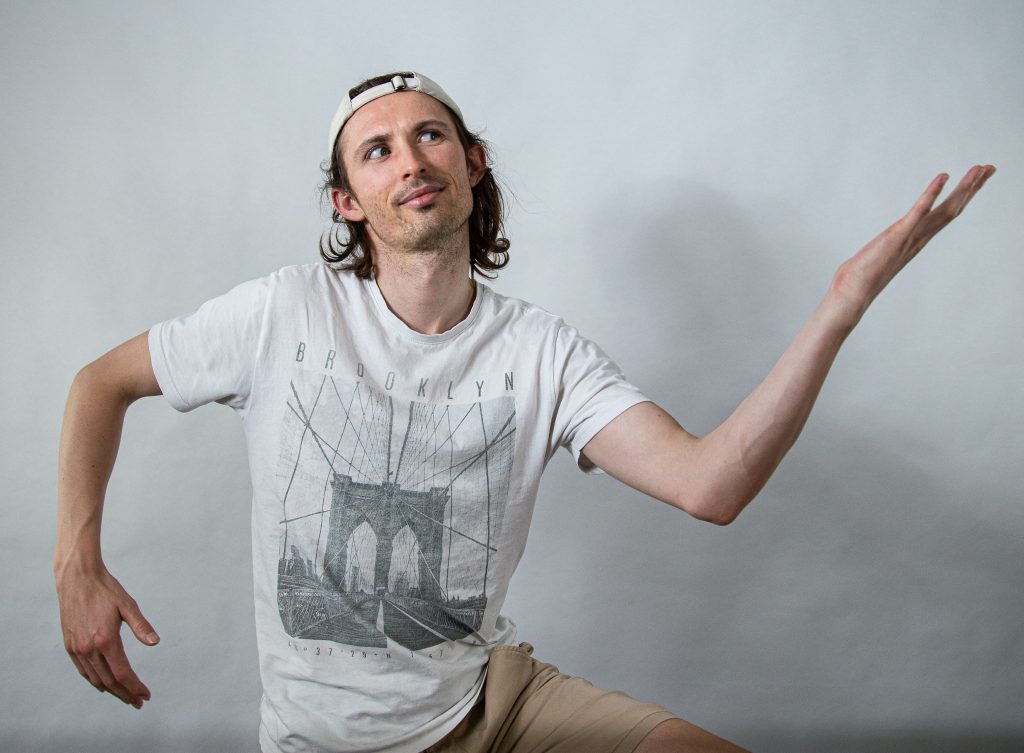